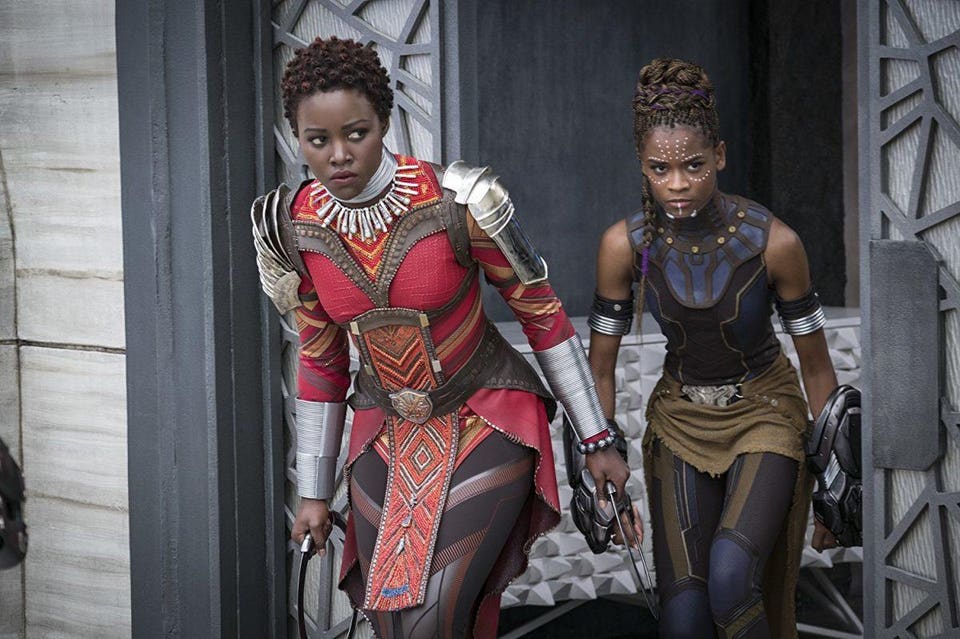 A new woman is born

The portrayal of women in the Black Panther movie seems to be aimed at confronting and redefining myths, and at questioning long held beliefs of causation in an attempt to engage in the reshaping of myths that contributed to the imprisonment of the female psyche. The female characters have strayed from typical textual representations of women. Stereotypical notions of women are ‘garbaged’ as the Women of the Panther break the calcified molds of what women are supposed to be. The women of Wakanda are not presented through the narrow lenses of virgins and victims, women innocent of worldly life, seductresses/vixens and old maids, witches and nags but as women of strength and empowerment who fight with and for their men. It’s a new interface from which they engage with their contexts.

This new militancy finds its parallel in the fearlessness of the women in the “Me Too’ movement which is recalibrating and hence defining for us the status of the new woman. This new woman possesses a fearlessness definitive of certain militancy that affords her the ability to stand up and confront the big and powerful patriarchy. Unlike the feminism of the past this is not a physical militancy but a psychological one. These women do not internalize the male idea of the feminine but create for themselves rejuvenated shapes and ideas that fit with their collective truths.

As newly minted social historians they refuse to settle for retelling of historical events from the perspective of being “othered”. They are re-evaluating and rewriting the stories they were forced to tell and accept as truths about themselves. Empowered by the stories of the collective as  they transact with texts of other women and share their own texts on social media a new woman is born. A new woman is born who is not ashamed to tell her truth or to own her truth, ridding herself of guilt in the process. Through this process of radical constructivism women are making of meaning from their collective experiences as they journey towards self re-definition. Hail the rise of the women of the Panther, the possessers of a new militancy!!!

Written by Dr Ingrid Rizzolo the author of Splendor from Ashes available at Amazon .com. Click on the link to purchase